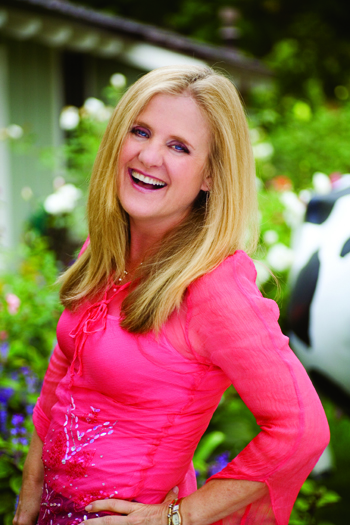 Some know her as “Mom,” a few lucky ones have known her as “Sweetie,” most know her as “the voice of Bart Simpson,” but I know her as “Nancykins” — my friend!   We went to UCLA in the late 70s.  Although back then you could hear us chatting about boys and dating in Sproul Hall dormitory, we mostly spent the last three decades supporting each other’s dreams and passions.

Nancy Cartwright is an Emmy Award-winning actress portraying the spike-headed underachiever Bart Simpson.  But Nancy is no underachiever!  She also does “The Simpson” voices of Ralph Wiggum, Nelson Muntz, Todd Flanders and various others in the Simpson’s hometown of Springfield.  You may have also heard her voices in the “Rugrats,” “Kim Possible,” and “Richie Rich.”

Nancy is also a star in front of the camera.  After we graduated UCLA, she appeared in the TV movie “Marian Rose White.” She was brilliant, then Nancy appeared  in “Fame,” “Empty Nest,” “Cheers,” “The Fresh Prince of Bel-Air,” “The Twilight Zone – The Movie,” and “Godzilla.”

Nancy’s career soared during her 20s and 30s, but it was in her 40s that I noticed her fulfilling more personal goals.  Nancy supports many non-profit organizations that help children, and was named “Honorary Mayor” of her community for her contributions.  Nancy co-founded Happy House, a non-profit that strives to build better families and is changing lives everyday.

Nancy was doing all of this while maintaining her day job voicing “The Simpsons” — the longest running scripted series in television history.

This voice over artist, actress, and philanthropist is also an author of a hilarious book, “My Life as a Ten-Year-Old Boy.”  She even thanks me for my “zest and eternal optimism.”  Cowabunga!

People always ask me, “Is Nancy’s voice like Bart Simpson?”  NO!  She sounds just like you and me, but there are all these crazy voices that she has developed that live inside her and she pulls them out like I pull out my lip gloss.

I like to describe Nancy as a complete solar system – she has numerous planets successfully circling her shining spirit.  Her incredible ability to simultaneously manage a variety of activities is impressive. She eats healthy, exercises, manages a busy career including her non-profits, and finds time for love and friendships. Nancy is truly an example of living a life in balance!  She is committed to living with integrity while breathing FUN FUN FUN into everything she does!

Nancy is now 50-something, and moving at warp speed – she is unstoppable! She may be the voice of a rebellious young boy, but good-girl Nancy STILL HAS IT and is going strong! 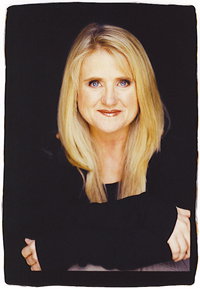 Kuah Staness: What was your childhood dream? Why?

Tak Nancy: I remember as early as age seven people telling me what an unusual voice I had.  I used to tell jokes and do sound effects and really loved making people laugh.  I found that when I created characters and did sounds, that added to the humor.  By the time I was 16 I had done some community theater and then discovered the speech team at my high school.  Although I wasn’t a debater, I was interested in the individual events, like humorous interpretation and after-dinner speaking—again, I loved making people laugh.  I would tell stories, mostly children’s stories and did very well in the competitions.  Lots of first place trophies.  The judges would tell me that I had a very special voice and that I should do cartoons!  This hadn’t occurred to me.  After all, Kettering, Ohio is not exactly the animation capitol of the world!  It did, however establish a dream: to do voice-overs for animation.

Staness: Who has influenced your life?

Nancy: One of the great pioneers in the industry, Daws Butler, who is most recognized as the voice of Huckleberry Hound, Yogi Bear, Quik-Draw McGraw and dozens of other voices.  I got his phone number and called him.  This was when I was 18 years old.  He was to Hanna-Barbera what Mel Blanc was to Warner Brothers.  Daws was not a household name.  He had created so many characters but at that time (50s/60s) voice actors were not getting any screen credit.  His start was with old-time radio.  He worked with some of the greats like Stan Freberg, June Foray, Jay Ward and Bill Scott.  He helped to pave the way for the “up-and-comings” and a whole new generation of voice talent.

Staness: What event changed your life?

Nancy: By the time I was 20, I packed my bags and transferred from Ohio University (where I was on a scholarship to be on their speech team) to UCLA.  I majored in Theater Arts, but lived for the Sundays where I would catch the #86 bus and ride into Beverly Hills to study with Daws.  He would drive me back to my dorm (Sproul Hall) where I lived with YOU!!!  (Yes, good readers—Staness is a dear friend who I’ve known since our college years—way before either of us ever considered we would be going through menopause) Anyway, having Daws as my mentor catapulted me in the door of the animation industry – a door that wouldn’t have been opened otherwise.  He eventually took me out to Hanna-Barbera and I shook hands with the principal directors and in no time started auditioning there.  (Thank you, Daws!)

Staness: In one word, describe you.

Staness: If you could change one thing in your life, what would it be?

Nancy: Actually, I feel like I am constantly changing—evolving.  I think that is very important – a very “move forward” viewpoint.  Nothing ever stays the same.  We are either getting a little worse or getting a little better.  I think it is important to know that change is good and the more you seek to take responsibility and also improve yourself and thus your relationship with those around you, the happier you will be.

Staness: What does your life look like in 25 years?

Nancy: Oh heavens to Betsy!  Let’s see…I will definitely be a grandmother!  That’s cool!  I will also be celebrating my 24th anniversary to my own “Mr. Right.”   We will have known each other for 50 years by then!  Ken and I might also be celebrating the 24th anniversary of a camp that we are thinking of creating in Ojai.  There will be four cabins, housing 16 kids, a mess hall, horseback riding, archery, fishing in the stream on the location, campfire rallies, talent shows, awards night, star-gazing, picnicking…all the fun stuff you remember about being a kid.  I will also be very busy creating more personal projects for animation and probably working on-camera or stage again.  Whoo hoo!  (Don’t forget “spark plug.”)

Staness: What has been your favorite job?

Nancy: Without a doubt, “The Simpsons!”  Incredible experience, all 22 years so far!  The people I have met, the challenges I have had to overcome—who knew that we would be doing the voices for all those characters!?  It has been tremendously rewarding in that it doesn’t take a lot of time to for my participation.  And because of the time factor, I have lots of extra time to devote to creating other projects and doing other things I love.

Staness: What do you do for fun?

Nancy: Jet skiing.  Fun, fast and furious.  I also recently found that I am a sculptor.  I always knew that I had an urge to do that, but recently I took a class and ended up not needing any lessons because I already knew what I was doing!  Wild!

Staness: What contributed to your success?

Nancy: Surrounding myself with friends who are ethical; keeping my own integrity; knowing what my purpose is in life and keeping my goals in mind when I choose projects to do.

Staness: What is your “I’ve Still Got It!” moment?

Nancy: When my sweetie looks at me and says, “I can’t believe you are 53 AND YOU ARE SO HOT!!!”  And then he kisses and squeezes me!  Whoo hooo!