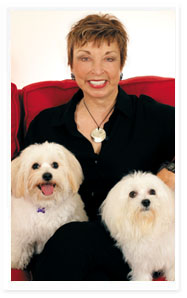 Jeanie Linders is best known as the writer and producer of Menopause The Musical® and is a passionate voice for a generation of women facing more than just hot flashes. Her work in entertainment spans three decades, but finding ways to help women connect and support one another is what she focuses on now.

After seeing Menopause The Musical® I could not wait to ask Jeanie about her “I’ve Still Got It!” moment.  You are going to LOVE Jeanie’s response!

http://ubiquis.co.uk/pdi/gem-a-generic-etl-machine Linders: My standard line is “a bottle of wine and a hot flash” but, truth be told, I have always written parody words to songs.  My brain synapses connect differently than others, I guess!  MTM came out of my standing in front of the freezer singing the words “Hot Flash” to Rod Stewart’s “Hot Legs.”  I was dressed for a formal evening … the local NAACP was honoring Jesse Stone, and I was ready to walk out the door and the dripping started.  I have a picture of it … the flapping freezer door, a ball gown and me.  Then in the summer of 1998 I went to San Francisco and saw Beach Blanket Babylon, another parody show in its 30+ year by now.  Everyone was screaming with laughter around me and I was kind of angry.  I had this voice in my head that kept saying, “Well you could do this…” So I went back home … and did it.

Question: The show is currently playing in several cities – why do you think it continues to be popular?

Linders: The show is about WOMEN … not about theatre.  And there are more than 38 million baby boomer women in America alone who understand the embarrassment of “Gotta go, Gotta go,” and laugh at ourselves; we understand the feeling of wanting to shake the doctor by his/her lapels and scream, “YOU HAVE TO HELP ME.  I CAN’T SLEEP ANYMORE!”; we understand the feeling of thinking we are alone with the memory loss and wrinkles and everything else that comes with aging and love being able to share the felling with hundreds of women in the audience.  The musical started out as an experience.  Our audiences throughout the country … and now the world … are making it a women’s movement.

Question: Which song from the musical is your personal favorite?

Linders: My favorite to write is probably “I’m No Babe, Ma!”  When we opened off-Broadway, I had to expand the show and wanted to add songs that incorporated other experiences of women our/my age as well as other music genres.  Nothing is more complex than the mother/daughter experience … especially when you are 55 and she is 85!  I wanted to write a song that more of less said ‘let me grow up, Ma; I can do this … you raised a good woman.’ But no matter how I tried, the song always ended up at the same place:  “I’m still your babe.”  As the writer/producer of this show, nothing gives me more joy than to join the cast and audience on stage at the finale with a raised fist to the beat, beat, of “This Is Our Day!”

Question: Is there one particular character that you most identify with?

Linders: It is said that a writer writes what he/she knows.  And I realized … when asked this question early on … that I am my characters … all of them.  The Professional Woman who bought into Gloria Steinem’s “you can be it all” routine in the early ‘80s and ran businesses since 1979; the aging Soap Star, the diva personality who cringes at the sight of the wrinkles in the mirror, but still walks into the room with a “look at me” attitude; the lost in the ‘60s Earth Mother, who has ALWAYS worn long skirts … and Birkenstocks and feels very much at home at a Left Coast poetry reading; and, of course, the nurturing Iowa housewife.  I was raised to get married and have four kids.  I just forgot along the way and there is a part of me that knows something is missing … that I transfer to my spoiled Cotons — Maddie and Moxie Linders (pictured with Jeanie).

And the irony is that the women in the audience identify in the same way.  They too have the personality traits of all of the characters … and can relate to what each is experiencing.

Question: What’s your “I’ve Still Got It!” moment?

Linders: When I had sex after 14 years of celibacy and it was terrific!

Whaaaa – you gotta LOVE Jeanie Linders!  I do!

The Jeanie C. Linders Fund® supports women worldwide in areas of business development, arts and culture, personal growth, health issues and education. The Foundation has encouraged and assisted women to start small businesses using the skills they know best to raise their families out of poverty. Through the JCLF program, There’s No Place Like Home National™, Jeanie is working diligently to build homes for women and their families who have lost their homes due to natural disasters.

Jeanie Linders still has it and is going strong!  What’s YOUR “I’ve Still Got It!” story?  Leave a reply and inspire others.

Check out our latest contest! Enter to win 2 FREE tickets to see Menopause The Musical®.  To embrace the menopause celebration, one audience member wins a copy of The Menopause Makeover.  Enter to win today!