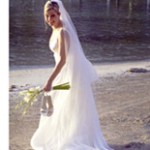 The first question most people ask, “What kind of name is Staness?”

Stan-‘ess’ is the feminine version of Stan-‘ley’. An original name created by my parents when I, the first-born, was not a boy, but a girl. I have spent my entire life trying to live up to my parents expectations that I should have been a boy, until menopause reminded me…I’m no boy.

It is just as well, being one of the original executive producers to launch Oprah Winfrey’s television network for women, Oxygen Media, I have since devoted most of my career to women’s issues. I proudly co-created the Be Fearless campaign at Oxygen Media, as well as executed produced and directed Inhale a daily yoga exercise show to rock and roll music, Who Does She think She Is?! profiling powerful women, Just Cause featuring celebrities and their causes, Oxygen Women’s Forum with Vice President Al Gore, and Worth the Risk partnered with WITNESS, a Peter Gabriel organization committed to global human rights.

One of my latest credits, VH1’s Celebrity Fit Club (season #1) which I co-executive produced for Granada USA. During these successes, I launched my own production company, Krystal Productions (www.krystalproductions.com), which earned a total of 12 Telly Awards for corporate clients, such as America West Airlines and Hilton Hotels, a Cindy Award for the State of California ‘anti-smoking’ campaign, and an ADDY and SIVA for Technicolor.

Many years ago, shortly after graduating UCLA from the theater arts department, I appeared on-camera in The Love Boat, Falcon’s Crest, Young & Restless, Donald Trump’s Game Show pilot, feature film I Was a Teenage Vampire, and numerous commercials.

I now live in Los Angeles happily married to my Prince Charming, who is thrilled I am not a boy.

Now I am a crusader for “the change.”

It took 30 years of dating to find the man of my dreams, and it took 30 days to find out that I was smack dab in the middle of menopause. Being a forty-something, first-time engaged woman, I was enjoying all the traditional celebrations that go with being a bride-to-be. With the exception excessive sweating from hot flashes during wedding preparations, dry itchy skin during make-up trials, having breasts so swollen they entered my bridal shower before I did, laying in bed awake from night sweats and not from a wild night with my Prince Charming, and let’s not forget to mention, ahhhh what was I going to say? Oh, I forgot! I have lost my mind.

Unlike the romantic experience I was having being engaged to Mr. Right, menopause felt like being engaged to Mr. Wrong. I became desperate to find answers quickly before I scared off my future groom with cranky moods, and before I out grew my wedding gown. I searched bookstores, on-line sources and spoke to doctors begging for a plan that would help me return to feeling normal and looking like myself.

There were no books, or on-line guides with the action plan I needed. There were numerous books, and other sources on menopause by doctors with vast amounts of medical information, but they merely explained and confirmed my current menopause situation. I needed information that was brief, to-the- point with a clear-cut map with the direction I needed to take. Going through terrible menopause symptoms, gaining weight, driving everyone crazy with cranky moods, I was far from happy. After extensive research and finding my own answers, I created a 12-week plan that worked. A plan that changed my life, balaned my hormones, and helped restore my health and beauty…. all in time for my wedding day, whew!

Today, after my second book, Eat Like a Woman co-authored with Dr. Marjorie Jenkins, I have created a nutritional line of products using the latest science in women’s health.  Check out my yummy smart nutrition bars that honor The Menopause Makeover Food Pyramid.  Click here to buy your nutrition bars!

I teamed up with leading menopause expert, Dr. Wendy Klein, so you have the  science behind alternative, complementary and medical menopause management options at your fingertips.  The Menopause Makeover has the latest information on menopause, and embraces that we are all different. No one recipe fits all.

I am having a lot of fun meeting remarkable women going through the same experience. Your stories have inspired me to continue being a crusader for the change!