Is Hormone Therapy Right for You? 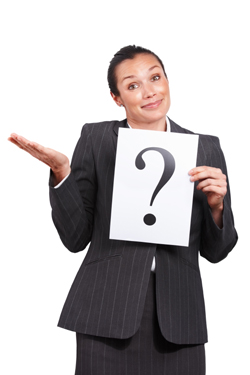 New information can help you make an informed decision with your healthcare provider.

It’s been ten years since the results of the Women’s Health Initiative (WHI) were announced claiming there was an increase in breast cancer, heart attacks and strokes with the use of hormone therapy (HT) for postmenopausal women. Many women were afraid to use hormone therapy, thinking it was harmful.

There has been a lot of confusion regarding the safety of HT. Headlines warned women against taking HT without fully disclosing all the facts and issues pertaining to this study.

The HT public fear was so great 56% of HT users aged 50 and older tried to discontinue therapy after this study. What was not revealed in those headlines was that the WHI was not studying treatment of menopausal symptoms. It was a study focused on determining whether HT prevented chronic illness. The average age of the participants was 63, with two-thirds of them starting hormone therapy more than ten years after menopause.

Women with severe symptoms were generally not included in the WHI. A few years later, the WHI narrowed its focus on a second trial, looking at the health effects of HT in younger (under 60 years old) versus older women. They found that younger postmenopausal women actually experienced a lower risk of adverse health effects from HT than their older counterparts.

There have been many other studies focusing on HT and heart disease, revealing that menopausal women between the ages of 50 to 59 who took HT for less than ten years did not have an increased risk of adverse effects.

A great deal has been learned in the 10 years since the first results emerged from the Women’s Health Initiative (WHI). Hormone therapy (HT) remains the most effective treatment available for menopausal hot flashes and night sweats. However, there is a growing body of evidence that formulation, route of administration, timing of therapy, and duration of therapy may produce different effects.

It is essential to evaluate a personal benefit-risk profile for each woman considering HT. Individual factors contributing to the HT decision include the severity of menopausal symptoms and effect on quality of life.

The absolute risks of HT in healthy women ages 50 to 59 are low. In contrast, long-term HT or HT initiation in older women is associated with greater risks.

SUMMARY
• The recommendation for duration of therapy differs for EPT in women with a uterus, and ET in women who have had a hysterectomy.
• For EPT, duration is limited by the increased risk of breast cancer associated with more than 3 to 5 years of use. ET has a more favorable benefit-risk profile with no apparent increase in risk of breast cancer during an average of 7 years of use, a finding that allows more flexibility in duration of therapy.
• Individualizing is still key in the decision to use HT and should incorporate the woman’s health and quality-of-life priorities as well as her personal risk factors, such as risk of blood clots, heart disease, stroke, and breast cancer.
• For relief of hot flashes, women with a uterus should take EPT so that a progestogen will protect the lining of the uterus from the cancer-promoting effects of estrogen alone.
• Low-dose vaginal ET is advised when symptoms are limited to vaginal dryness or discomfort with intercourse.
• Neither ET nor EPT increases the risk of heart disease in healthy women under age 60 or within 10 years of menopause. The risk of stroke can be increased but is considered rare in the 50s.
• Women with premature or early menopause who are otherwise appropriate candidates can use HT until the average age of natural menopause (age 51). Longer duration of treatment can be considered if needed for symptom management.
• There is a lack of safety data supporting the use of HT in breast cancer survivors.
• Both ET delivered through the skin and low-dose oral ET have been associated with lower risks of blood clots and stroke than standard doses of oral estrogen, but confirmation of benefits in randomized trials is not yet available.
• Additional research is needed to understand the different effects of ET and EPT and how they apply to individual women.

Hormone therapy is still the most effective treatment for menopausal symptoms. We are all different. Discuss your concerns with your practitioner, who can help you decide whether to take HT, and, if so, at what age, the dosage and for how long. Combined with a healthy lifestyle and attitude towards aging, going through “the change” can be a time of reinvention.

This entry was posted in hormones. Bookmark the permalink.